The 51-mile Los Angeles River was formed by a large watershed that drains the Santa Susana Mountains, the San Fernando Valley, and the San Gabriel Mountains and played an important part in the geological formation of the Los Angeles basin. Areas adjacent to the river were comprised of riparian ecosystems with a myriad of native plant and animal species. The river’s periodic floods provided rich sedimentary deposits across the floodplains. The Los Angeles region grew along the river’s natural floodplain from a fledgling pueblo to a sprawling metropolis.

Numerous catastrophic floods caused the U.S. Army Corps of Engineers to stabilize the river in the late 1930s by constructing concrete walls to contain flood waters. No longer in a natural state, and unable to recharge the earth it passes over, the Los Angeles River discharges its water unimpeded and unused into the Pacific Ocean.

The revitalization of the 51-mile Los Angeles River and its tributaries is one of the most exciting endeavors in the region. Since the early 1990’s, the Santa Monica Mountains Conservancy has been a leader in this effort, with the vision of creating a continuous 51-mile greenbelt. Starting in 1994, with the establishment of its El Pueblo to Griffith Park Trail Connector Workprogram, the Conservancy and its partners began to develop dozens of natural parks along the river and connect densely populated neighborhoods with parkland and recreational opportunities.

The Conservancy has participated in major planning efforts, and has developed innovative solutions to use parkland to clean and infiltrate water draining into the river from city streets. The Conservancy has funded bike trail improvements, public access, greenways, and visitor-serving amenities that improve neighborhoods, create habitat, and promote public health. Since 2011, the Conservancy has been a partner in two river recreation zones in the soft-bottom, naturalized parts of the river that allow for summertime activities such as kayaking, fishing, and exploring the river banks. 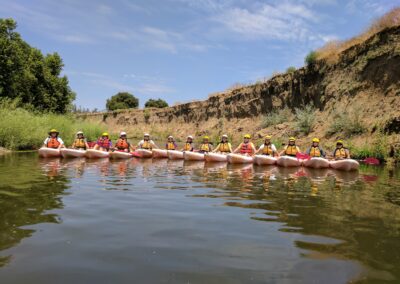 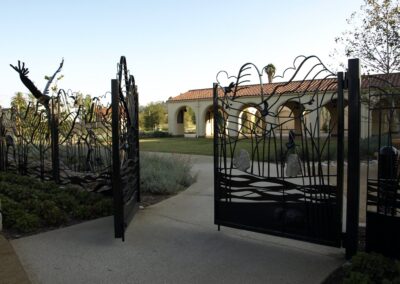 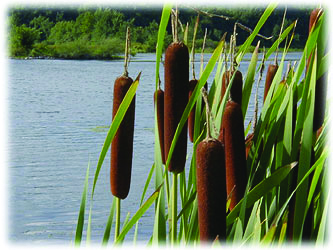 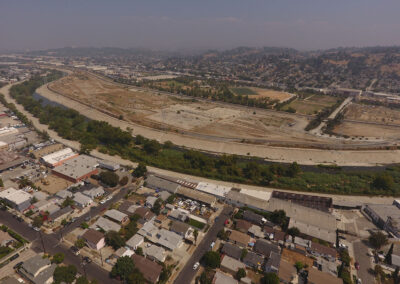